Go Beyond the “I Don’t Know” 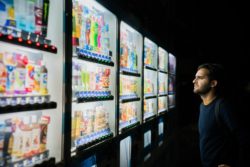 Photo by Victoriano Izquierdo on Unsplash

There is both power and danger to saying those three little words; “I don’t know” (or IDK). A recent interaction with a  coaching client who was struggling with a lot of “I don’t know” from a partner triggered this post. I realized how often I may have said “I don’t know” in the past and how that can affect everyone in the long run. The client expressed frustration that their partner frequently said “I don’t know” because it was causing resentment in the relationship. When the partner finally got upset enough to make a list of wants, my client said “WTF – why couldn’t they have said what they wanted in the first place.” That sounds simple but can be very difficult for some people. On the other hand, there are plenty of instances where “I don’t know is beneficial, especially in a leadership role. It lets others know we’re not perfect. Here’s a quick summary of the good and bad of saying “I don’t know.”

The Powerful Impact of IDK

Like all humans, no individual has all of the answers. The good news is there is usually someone who does know or has the expertise or gift to offer. Sharing our knowledge and gifts is how we all feel like we belong and have significance. Here are some ways we can utilize “I don’t know”:

The Dangerous Underground of IDK

Increasing Your Courage to Get Beyond IDK

When you say “I don’t know” for fear of rejection, start with small decisions to practice saying what you want. Pick a situation with only tiny risk and the worst thing that could happen is a “no” and that “no” won’t have lasting effects.

For instance, your friends go out to eat and often ask for your help in deciding where to go. Write down the types of foods you like, don’t like, or with which you have allergies or sensitivities. Then, consider the budget constraints you might have. The next time your friends ask, have a statement prepared with several options for the places you like and any budget constraints you might have. Keep using these less significant decisions to practice asking for what you want so you can build up the courage to ask for what you want in more important situations.

Reducing Your Frustration with IDK

If you are the person who is not afraid to ask for wants and frequently get the “I don’t know” response from others, consider a couple of things. First, notice how you are asking questions. How much have I allowed other people to express their interests? Yes/No questions are closed, meaning you either agree or disagree. Open questions that start with who, what, where, when and allows the other to provide input. Rather than “Do you want to go to that Italian place tonight?” you might say “Which would you prefer; Italian, American (or some other option), or would you rather stay in tonight? “

If you feel like you do allow input from the other and they still say “I Don’t Know” often, state how that affects the relationship. Let the other person know that the relationship feels out of balance and you worry that their needs aren’t being met. Tell them directly that it’s important for equal decisions and for both people to say what they want or resentment can build. Statements like “If you never tell me what you want, how will I know what to do?” or “When you say “I don’t know” I take that literally and assume you don’t care or it’s not important. What do you think about that?” Make sure you do this during a time of calm and with good intention and not when an important decision has to be made.

I continue to practice saying what I want. A friend and I recently planned to attend an evening event together in my hometown. I asked if she’d like to come out for dinner beforehand. She responded by asking if I’d rather go to a restaurant in town. My urge to agree came quickly but I caught it and thought for a moment. I suspected she just didn’t want to feel like a freeloader but also knew she was watching her budget. Because I too am interested in less spending, I knew I could satisfy both of our wants. So, instead of suggesting a place I just said “I have ham and variety of fruit here if that works for you. That way we don’t have to spend money going out.” She responded with “That would be great and I’ll bring some rolls and veggies.” We enjoyed a simple shared meal and more importantly, just focused on our time together.

I’ve learned how to better identify my wants and prepare myself to ask. My personality isn’t likely to ever make it easy for me fully get beyond “I don’t know” but I’ll continue to work on the skills necessary to ask and negotiate. Living life fully means constant growth.

Book:  So smart but: … How Intelligent People Lose Credibility – and How They Can Get It Back