Not just one of the girls 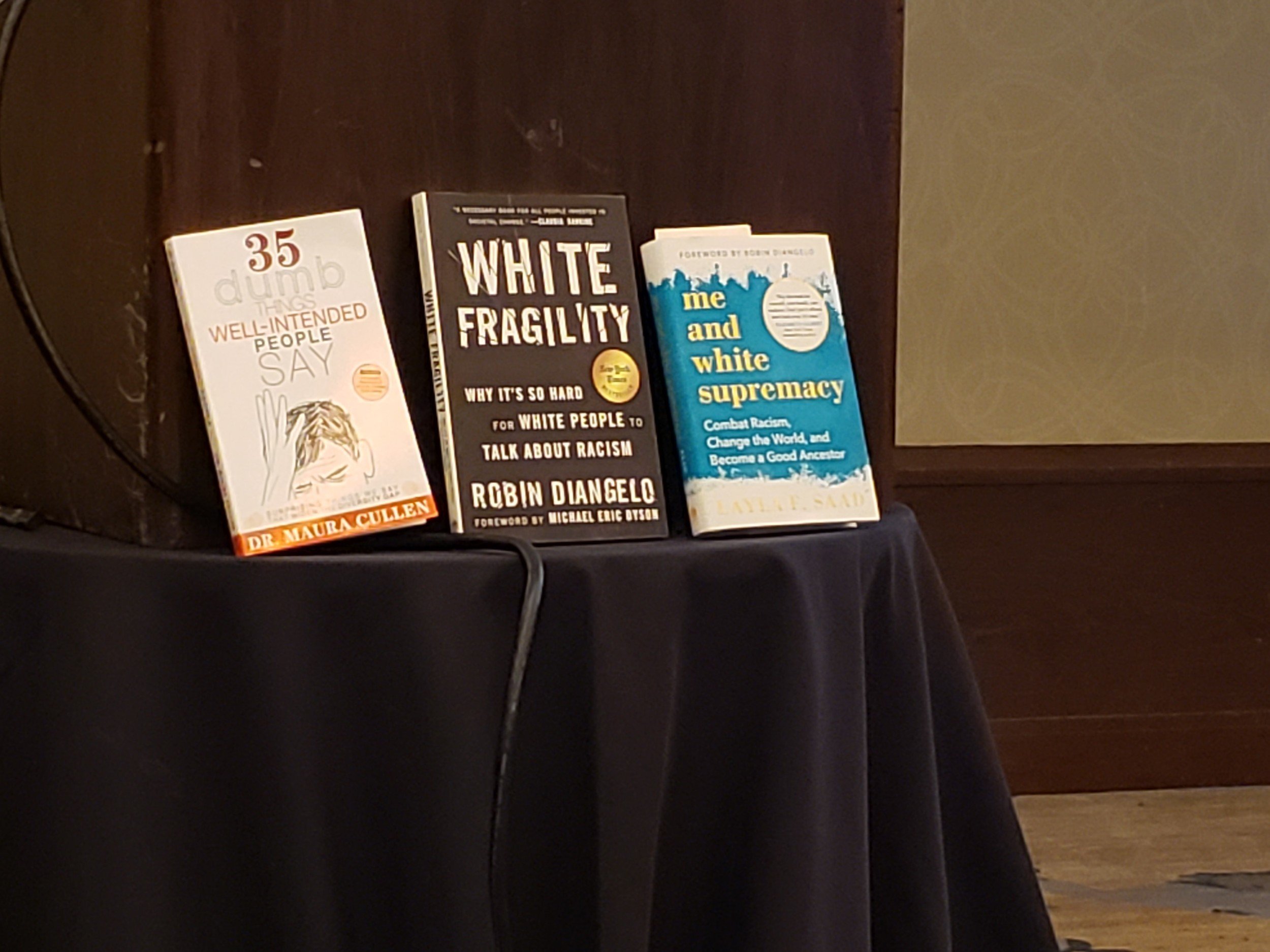 Recently, a male CEO referenced his female staff as “the girls”. At the moment, I didn’t address the micro-aggression. I’ve reflected and decided to use this blog as an opportunity to unpack what happened and what I wish I had done differently.

My intention is not to shame the CEO. Shaming isn’t useful and can even be damaging to the bigger effort as it puts people on the defensive. I also don’t want to diminish his distinguished career. Many of us grew up together in a system that made the term “the girls” okay to use. I am guilty of similar micro-aggressions for which I am aware and likely, many of which I am still unaware of. However; I do know this is an antiquated and demeaning phrase that I intend to speak against.

Owning my own actions

I am disappointed in myself for not speaking up immediately when I heard “the girls” in the meeting I attended. I grant myself compassion because I sat with a man who also noticed and neither of us spoke. After the meeting ended, I talked to a diversity and inclusion specialist who didn’t have the answer either. However, he did suggest that the problem might not be worth pursuing since the CEO was set to retire soon.

Not yet feeling satisfied, I found one of the women referred to in the collective, “the girls”, and asked if she even noticed. Sometimes we’re so accustomed to these micro-aggressions that we lose our awareness to them. She had noticed the comment and mentioned female staff has discussed the issue before. She would consider this instance as an opportunity for further dialogue. I asked if I should say something directly to the CEO (even though I’m not sure I’d be courageous enough to do so) and she said no.

Feeling further unsatisfied, I spent a day reflecting on the specific incident as well as the bigger issue. I walked myself through tools I suggest for others, including a fear exercise where I use a stressful situation to unpack the unconscious judge (this exercise is part of my stress workshop). The exercise came back with a common internal dialogue for me; “Michelle, you are worthless and you will never have a voice.” I have learned that this is my sign to take a voice action. My blog is a way to express my voice until I become courageous enough to point out such micro-aggressions in real-time.

I’ve already heard “he’s retiring soon” as a way to avoid the issue. Speaking up against someone who’s highly regarded in the field puts the speaker at risk of being ostracized or boycotted. Fear makes us second guess doing the right thing.

My thoughts went to two things as a result of this experience. First, if this one small micro-aggression takes place in a public meeting, how many micro-aggressions have taken place in the span of his career (and continue daily?). Second, what influence does this person have on who will become his successor? While it would be nice to address the past aggressions in some way, I believe the more useful approach is to address the current and future.

I propose two things we can do fairly immediately if we want to be real about transformation. First, what if we addressed individual micro-aggressions in teams, had some dialogue and set some behavior expectations? Set a time to talk about how women in your office want to be referred to. Develop compassionate ways for staff to point out the specific micro-aggression during the week or month. Report back to the team with what was seen and how future language and behaviors can be addressed. Commit to not shaming individuals which can push efforts farther backward. We’ve all played a role. I am committing myself to paying attention to how I refer to women in my own work.

Second, what if at the end of every meeting, we did a real-time evaluation of how we did with inclusive language? This idea comes from a practice of ranking our Lean-In group coaching sessions on a scale of one to six with “how well did we did” [with the behaviors we agreed to follow]. If we really want to affect change, we need to set behavior expectations and evaluate ourselves in real-time, at the end of every meeting. Or, at least do weekly check-ins.

2. Discuss behaviors to minimize or eliminate the aggression

3. Conduct check-ins on progress toward desired behaviors (at end of meetings, daily or weekly)

5. Repeat steps 1-4 on the next micro-aggression

There is so much to be done, in my own life, to be more inclusive. I have read Antagonist, Allies, and Advocates by Catrice M Jackson. The book was eye-opening and made me a little uncomfortable. I must do my own work in analyzing the phrases I use in daily conversation. The three books shown in the image above, which were suggested at a recent Diversity and Inclusion workshop, are on my list of must-reads. I have so much of my own work to do.

I am grateful for the men in my life who are willing to talk about the issue and own their part. These men want to change for the women in their lives too and for the diversity of thought needed to take their organizations and companies to the future. They too, often struggle with the “right” way to create change. Too many women shame men. I’ve heard men say they fear to talk about the issue as a result. Compassion is necessary all the way around.

I’ve been in meetings where all voices were heard and people were safe to speak. Those have been some of the most difficult, yet beautiful, meetings I’ve attended. I set up my workshops for everyone to contribute and facilitate inclusion to the best of my ability. I know change and greater inclusion is possible.

What are you doing to own your part and to help us all make our workplaces more gender-inclusive?